Rock and Roll: where are the women? MIRIAM MAKEBA


Paul and I often visit the Rock Hall of Fame with our house guests-- because what a great place to take friends. At latest count, we've taken tens of people from three continents, including many many of our former students. And it's great for the two of us because the exhibits are always changing. My two favorite past exhibits were "Women Who Rock"-- if only more of those women were in the Hall of Fame-- and an early exhibit that featured drumsticks from drummers all over the world arranged in a huge circle like a big mandala of drumsticks. Those are gone, but some of it remains... like Jim Morrison's valentine to his mom when he was 6 years old and his Boy Scout Uniform when he was 10 ("And where is Grace Slick's Girl Scout uniform?" Paul asked.) And there is a lot to be learned in the exhibits, as Paul points out in his plea for Makeba:

More Rock Hall (because it's an excuse to post some great music). One smart decision the Hall made early on was to create an "Early Influences" category for inductees who shaped how rock sounds--people like Robert Johnson and Hank Williams. I'd argue that it's time to drop the "Early" and expand that category to more recent "Influences," because the sound of rock continues to be shaped by people from other genres. Case in point: Miriam Makeba. Without her we probably wouldn't have Paul Simon's "Graceland." We probably wouldn't have Vampire Weekend. Here's Mama Africa singing with Simon. "These are the roots of rhythmn and the roots of rhythm remain." (If you don't have time to listen to the whole thing, check out the last minute. It's proof that Makeba's breathing is more musical than most people's singing.) 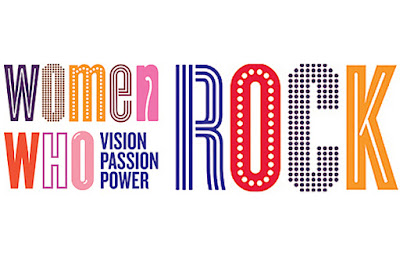 ...DESERVE TO BE IN THE ROCK HALL OF FAME