A NOVEL IDEA FOR NANOWRIMO - WEEK 4

WEEK 4 and not the last

This month has four and a half weeks, so I will be back next week with a last post on the topic, but today, as before, I bring you a poet interview, some news, and prompts 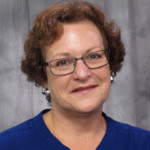 Q: Could you tell us about yourself as a poet/writer? How long have you been writing prose/poetry? How does it fit into the rest of your life?
A: Nothing like starting with a tough question, Diane!  I’m going to tell you a more complete story than you probably need for your blog.

I’ve been writing as long as I can remember.  My mother was a kindergarten teacher and she made sure I always had paper and something to write with.  I remember being given an old portable, manual typewriter in about sixth grade and writing a manifesto of everything I believed in around the age of 12.  I wish I’d kept it.  I remember being sure and decisive, which might have been the last time I’ve felt that way.

At Ohio Wesleyan University, I majored in English with an emphasis in nonfiction.  I had a few nonfiction pieces published in our literary magazine and remember reading a piece of short fiction to a college crowd.  I took one creative writing class and remember a lot of trial and error.

Somewhere between the years of doing my master’s in English at Case Western Reserve University and the early years of being a first-time mother, I became involved in the local Sierra Club and Earth Day Coalition.  For those two organizations, I wrote a number of environmental pieces in their publications.  (This was under my previously married name of von Mehren.)  I also wrote a feature article for The Plain Dealer profiling a South African radio host for whom we were a host family, and I think I still have the receipt for the $300 payment somewhere.

A few years after that, I had a poem published in The Poets and Writers League of Greater Cleveland.  The poem, “Beach Stones,” was read by Rita Grabowski.  A few years later, I was lucky enough to have a poem, “Nuclear Mother,” in the final Agent of Chaos publication

For years after that, I was busy making a living and keeping a family and house going after a divorce.  Even though I wasn’t doing much writing beyond keeping a journal and a book of favorite quotes and poems, I read constantly as my job has evolved from being a children’s librarian, to a teen librarian, to the Literature Specialist at the Mayfield Branch of Cuyahoga County Public Library, and finally to their Readers’ Advisory Specialist.  Then, five years ago, when The Lit folded and CCPL adopted their programs and kept them going, I found myself as the library’s point person for writing programs and author events.

Now as the librarian who gets to coordinate the recently opened Writers’ Center at the South Euclid-Lyndhurst Branch of Cuyahoga County Public Library, I’ve started writing again.  I tried NaNoWriMo and found that I don’t enjoy writing long-form fiction.  I completed the 50,000-word challenge but it was a surprise to me that, even though I love reading novels, I don’t like writing them.  Poetry and short fiction and creative nonfiction are much more my speed and I’ve been finding my way back to them in the past few years.

Q: How many of the three years have you used the CCPL prompts?

A: I’ve used them every year.  I especially loved 2016’s prompts.  They seemed entirely accessible to writers at all levels, as useful for those with years of practice and those with little experience.
Q: Are there any of the prompts that seem to work better for you? that don't work?

A: As I said earlier, I liked this year’s prompts most.  They were short on explanation and wildly creative.

Q: Have you presented any of the poems in workshops or readings?

A: I did read a poem I’d written in response to the April 3, 2016 prompt at the Open Mic poetry reading on the last day of April 2016 at the Writers’ Center of the South Euclid-Lyndhurst Branch at Cuyahoga County Public Library.

Q: Do you know anyone else who has been writing to them?

One of Laurie's poems that came from the prompts:

This midnight blue room buried like a time capsule
speaks in Old French,
Mal vit qui ne mande,
“He lives badly who does not ask,”
carved by anonymous hands
across an ornate door leading nowhere now.

Three tapestries admonish
in silk and wool, take note:
Youth thinks it holds all in its hand,
but the living hold death on their breast.
Time wears green foliage,
but nothing is permanent under the heavens.

A forgotten Hausbuch Master
bent over his careful text,
ink with tempera and gold on vellum
illuminating God’s words.
Remember this, remember this,
in his book of hours.

When did we quit seeing
light about our heads,
angels on our shoulders?

News - looking back and looking ahead

This past Saturday, November 19th

Many friends of poetry and poets gathered for the launch of a new book that pays homage to 90-year-old poet Russell Atkins. Titled In the Company of Russell Atkins, the anthology features the contributions of 28 poets.  (Truth in advertising: I am one of the two editors, along with Bob McDonough.) Those who came to the South-Euclid-Lyndhurst branch of the Cuyahoga Public Library heard some of the work read aloud, purchased books, and socialized with Atkins, who was in attendance.

In Cleveland, books can be purchased at Mac's Backs, which we encourage you to patronize. If you can't, you can order it through Amazon, or it can be ordered through any bookstore. 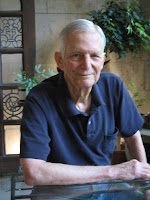 Poet Leonard Trawick will be reading for his new collected poems, The 24 Hour Cotillion (Dos Madres). Trawick, who was the outstanding editorial director of the best books out of the Cleveland State Poetry Center during his professorship at C.S.U., is also known as an artist and concrete poet, and he may be the only poet whose art has appeared on the cover of Poetry magazine and whose poems have appeared inside the publication. His readings are rich with the vocabulary, allusion, humor, and fine sensibility that define his poetry, as well as his voice,  captivating with his deep Southern accent, not merely a drawl, but a draw carries  listeners in to a world that is sometimes cotdian, sometimes fantastic, sometimes mythic.

Trawick doesn't read much any more. Don't miss this opportunity to hear him.

Below, you will find a link to a page with a poem by a Northeast Ohio poet, followed by a poem-writing prompt.

And we're almost done. See you next Monday for the last three days!
Posted by Diane at Tuesday, November 22, 2016